We’ll talk about everything about FunTouchOS 11 and its Top Positive and negative features. When we buy a smartphone we talk about its specifications & hardware but don’t talk about its software much.

It is a combination of hardware + software + Ui that makes an ideal combination in a smartphone.

In the past years, popular brands Like MI, Real me, Oppo and Samsung have started listening to users opinion and started bringing features that users want. If you look at FunTouch OS in past years back, it was a complete copy of iOS Features and UI and the implementation was also not good according to the tech experts but over the years FunTouch OS has improved significantly. That’s why we’re reviewing FunTouch OS. The latest FunTouch OS doesn’t feel like a rip off of iOS like in the past early years.

1. The quick settings panel that was present previously by swiping from the bottom is now replaced by a swiping down panel & is well implemented by Vivo.

2. This used to feel a bit heavy UI. Yes, Vivo is known for the best hardware but putting a heavy UI makes the experience worst for its user. But with this new FunTouch OS 11 it feels become eye candy when you open/close apps, searching apps is also very lightweight.

3. When you look at animations such as lock screen animations, notification animations and charging animations. It has a very good interface and 90% of the users will like them. But if you don’t like these type of animations you can turn Them off from the Vivo theme store.

5. You get a gaming mode where you can activate DND mode, block notifications and calls. It has an Esports mode where everything is turned off so you can focus on your gaming And you change graphics as well when you want high graphics & it’s implemented very nicely. Overall I liked this gaming mode in FunTouch OS 11 by Vivo.

6. It even gets 4D vibrations and works very well. Some small features are implemented quite well like taking screenshots with swiping triple finger down, swiping three fingers from bottom enables split-screen etc.

7. For video calling it has a beauty mode where you can beautify yourself while on video calls. This UI has lots and lots of features while also providing a stock Android-like experience.

8. They’ve also reduced the no. of system apps that you used to get on the previous versions and there are some third-party apps installed which you can uninstall very easily on the new FunTouch OS

9. Another feature you get – iManager – which gives you all details of RAM, Storage, if you want to clear an app or cache you can do it. Yes, it’s a good addition new FunTouch OS 11.

10. One more thing I liked is the camera app, it has become quite minimalist and also packs many features… from before taking a picture to after snapping a picture. You can do many things with filters, functions, even when your photo is not good you can make it look good & make it social media worthy. Overall I really liked the camera UI – It is minimalist without compromising on many features. Not bad at all

2. FouchTouchOS It has its own assistant named Jovi & it feels like it’s intruding & irritating but Vivo has taken efforts to include this feature and you get many options to play with. The good thing here is that you can disable Jovi & enable Google Feed. Gaming has become very important. We even get dedicated gaming phones these days.

3. You get notifications & alerts from its own Vivo store. We don’t need it. I would like to tell every brand that system apps notifications should be removed. Seriously.

When you look at stock Android & this Ui, the general usage feels very similar which I really liked & is also good. As I told you earlier it’s important, many people are going to get Vivo & iQOO phones so I thought I should tell you everything about this FunTouch OS

If you liked this post & found it useful then don’t forget to share this post with your friends especially with those who are having Vivo phones. 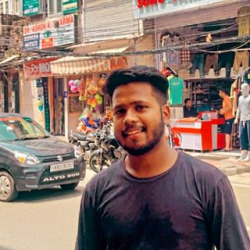 What’s up, I'm Pawan. A Blogger, trader, and a Affiliate marketer. I love to write on technology.